A Day in Seoul 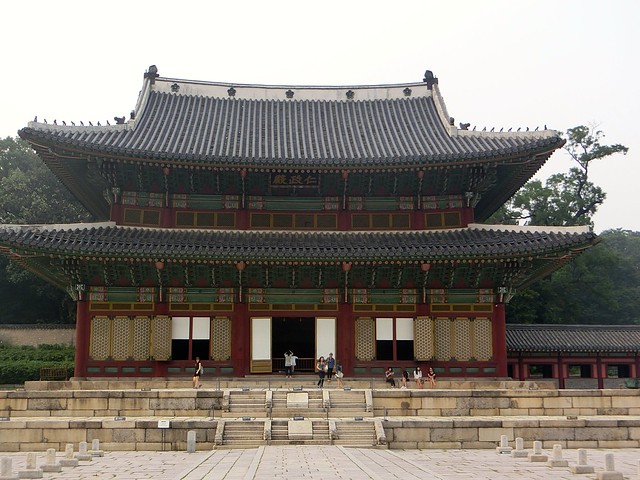 When my contract was up, and my visa expired I decided to not renew. Instead, I decided to leave China. I was ready to leave China. I had experienced the greatest loss of my life while I was living there, and that was the loss of my mother. Not only did I go through my experience of grief, which I still deal with, I had also simultaneously experienced culture shock. Culture shock is a strange beast and can be a bit difficult to recognize, but looking back on my time there I can say with certainty that I had had culture shock. Some days were worse than others. One would imagine that with death and shock that I would have been ready to run home, but for me there was no home. My mother was my home, and now that she was gone there was no place to call home. I did not want to return to America, but I didn’t want to be somewhere as challenging as China, yet I wanted something foreign; foreign to me. I decided to move to Prague in the Czech Republic. 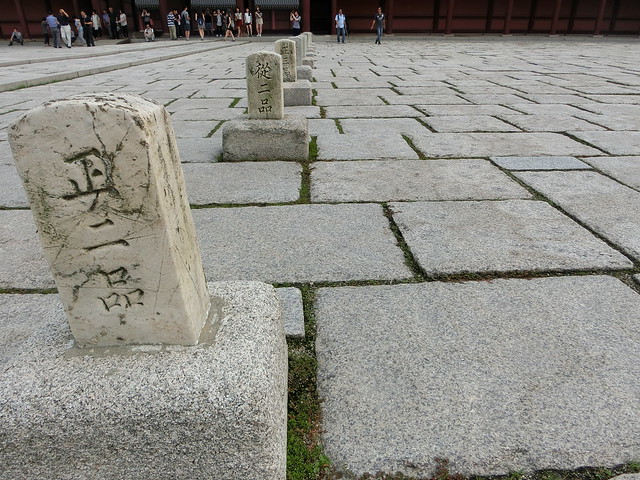 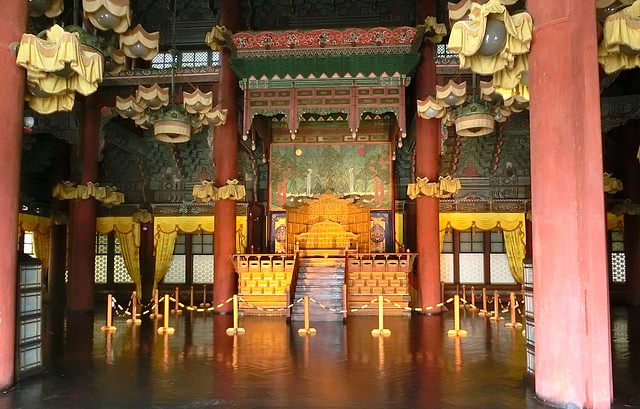 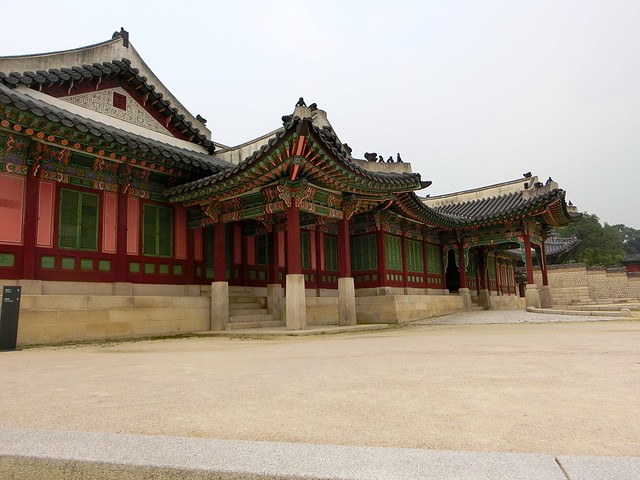 My flight went first in the direction of South Korea and then towards Europe. I had decided to extend my layover to 24 hours and used the opportunity to see some bit of South Korea. I literally had 24 hours, and so I used that time to try to see as much as I could in a very short amount of time. There are many palaces in Seoul, and fortunately the Gyeonghuigung Palace was close to the hostel where I was staying. I can not for the life of me even begin to imagine how to pronounce the name of the place, but my single day in Seoul was a silent one anyway. 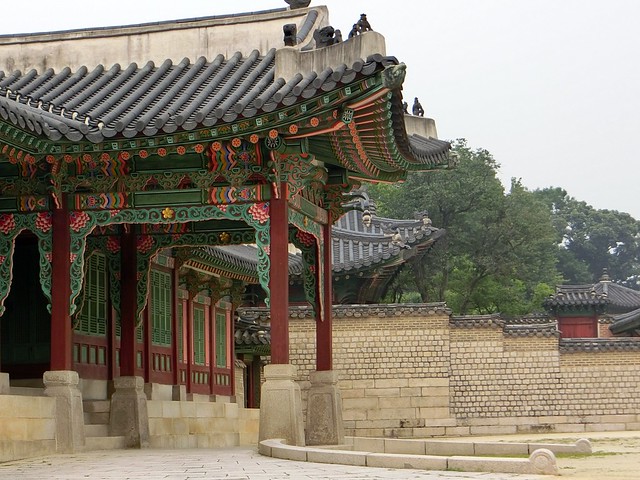 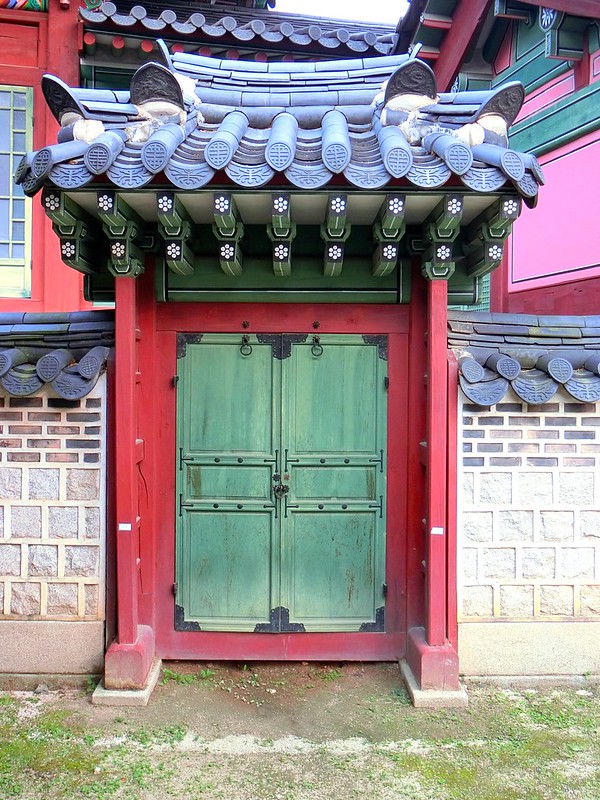 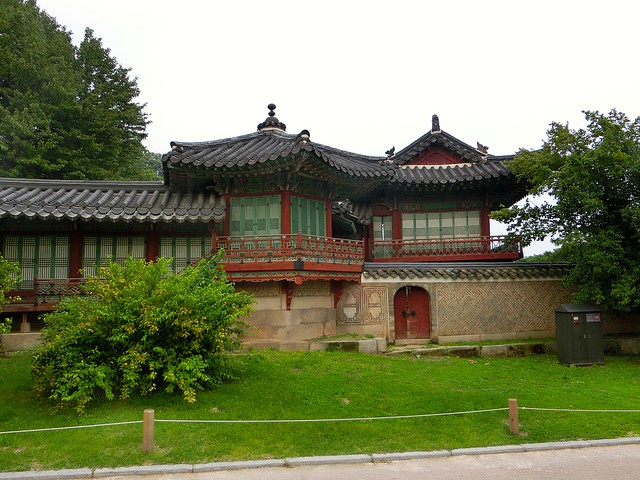 I wandered around the palace and walked around the district where I was staying. I had no idea of what kind of district I was visiting. Was it expensive? Was it where the foreigners lived? Was it a college area? I didn’t bother to figure it out. I only had two goals. One was to see something like a palace, and to get a small perception of what South Korea was like, in case I ever would want to return, and two, to find some food. 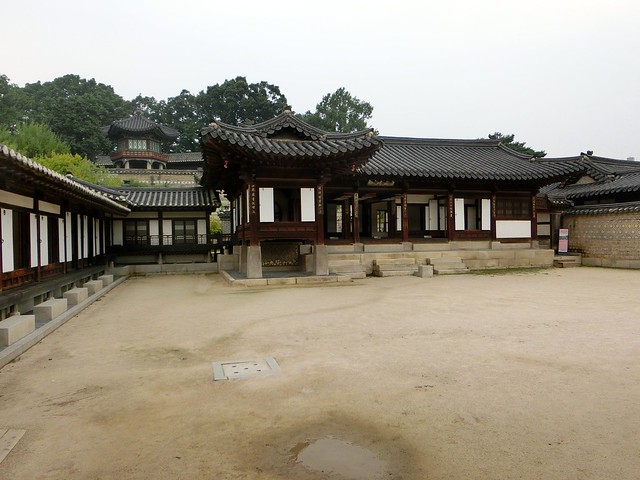 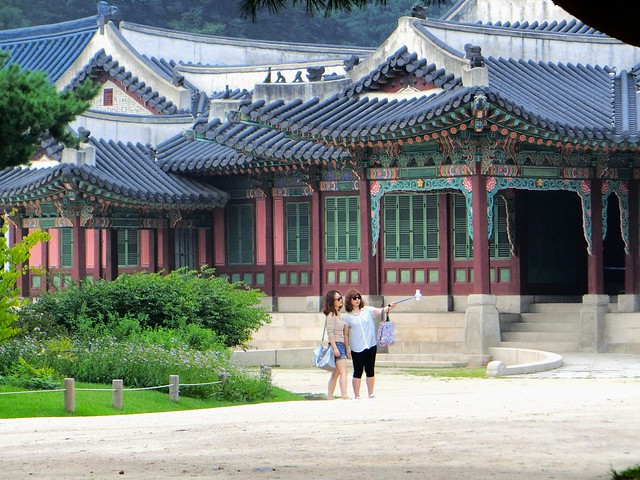 It was a solitary and quiet visit, and I can honestly say that a day is not enough time to spend in Seoul. It is a huge city with many different districts, and even in a single day I was not able to see the entire palace. Still, I’m glad I took the opportunity to take a peak. Compared to Zhengzhou, China, Seoul was a clean city. There was no trash on the street and the air was more clear although they did receive some of the pollution from China, and like China it felt very safe. So as I wandered through the streets I never felt worried that I would turn the wrong corner. There is so much freedom in this feeling of wandering. 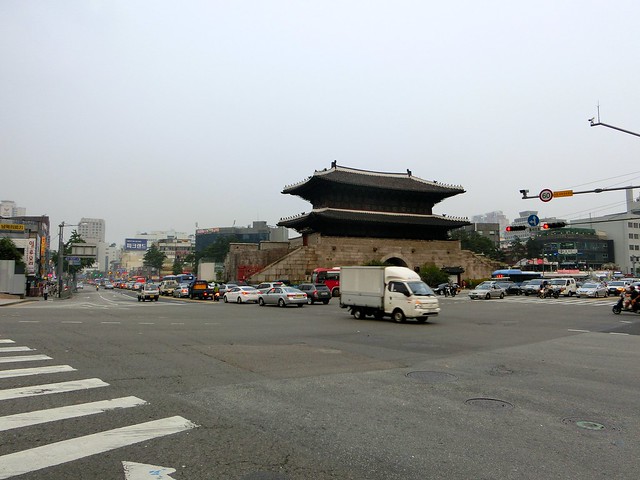 After I left the palace I decided to find somewhere to eat. I had wandered through the district for about two hours before I got lost in a market and then wandered down an alleyway. Here I hesitated because I was very hungry at this point and my hunger was clouding my ability to pick a location. It was at this moment when a Korean woman ushered me into her tiny little shop and she served me the special of the day. 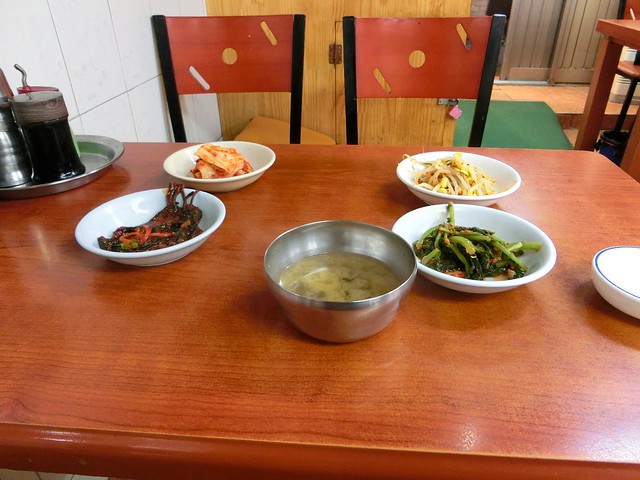 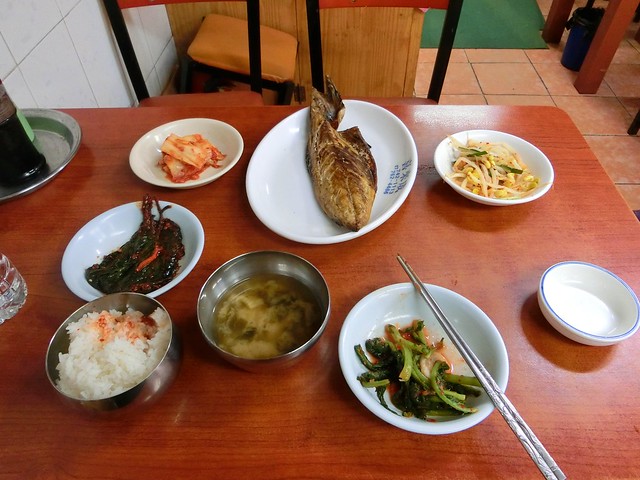 I cannot emphasize how much I love Korean food. I love the textures, the spices, the colors, and I love how it is served. Every food item has an individual plate and it is all served in a sensible portion size. You feel full, but never stuffed. 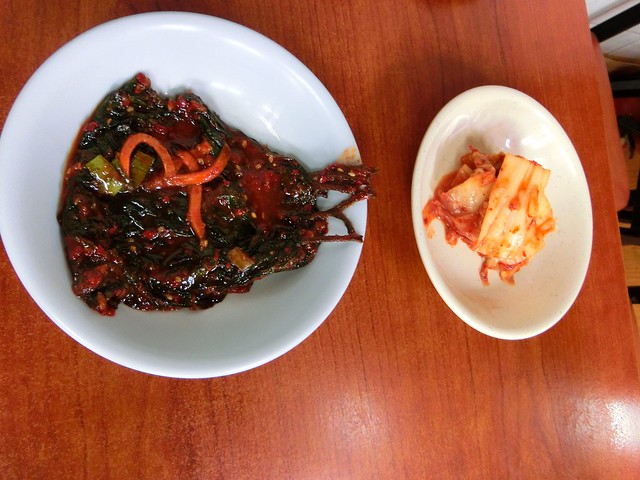 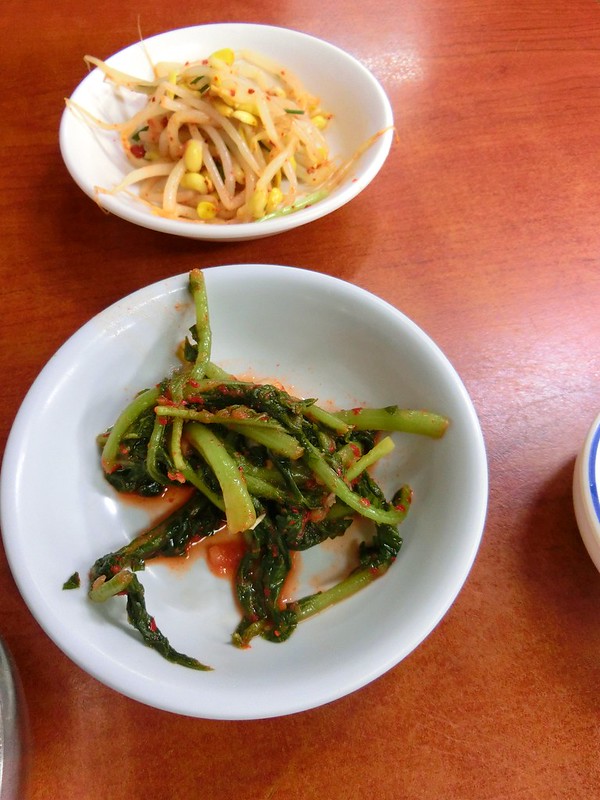 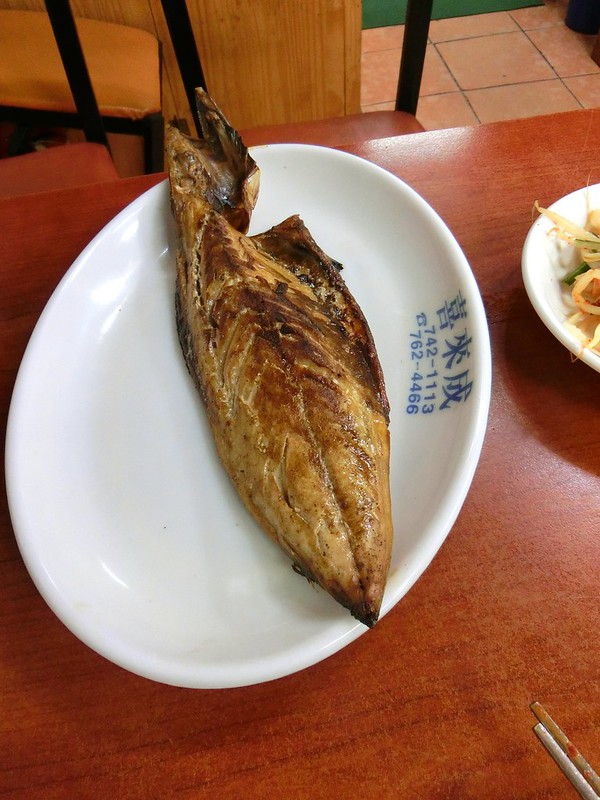 After eating I returned to my room that had pastel dots and square on the wall, and prepared for my long flight to Prague, and a new chapter of my life.

I am writing about all of this in the past tense because it is past. It has been over a year since I stepped foot onto a sidewalk of Seoul, and at the time of typing these words it has been almost two months since I’ve left my beautiful Prague. I currently sit in the dining room of my friend’s house where I am staying as I plan my next move. A dear friend of mine asked me recently, “So what is your plan? You always have a plan.” I wasn’t aware of this, but thinking back on my life and the choices I’ve made, I think it is true. I do always have a plan. I don’t always succeed in that plan, but it doesn’t matter because when one plan fades or fails I’ll soon have another.

So what is the plan? I plan to update this blog with the thoughts and memories and photos from the last two years of my life. I plan to return to my revery and release through writing, and I plan to have all of it documented here before I leave again. I am leaving again. At least that is the plan, and while it seems fairly strong that I will be returning to China, (and I’ll write more about that later) it is not impossible to imagine that I will also be returning to South Korea. I have too, because now I have a friend there, and I owe her a pillow. 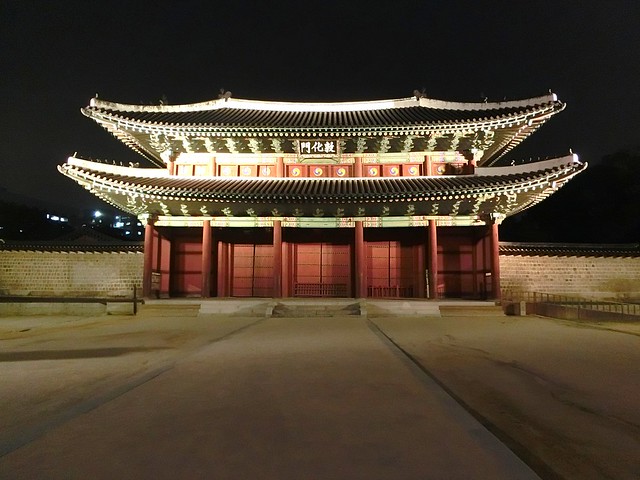