Come to Prague the City of Architecture

“Of all the triumphs of life-haters today, of fun-haters today, of beauty haters today, of thought-and-love haters today, of the Forces of Satan, if you will, the one that most troubles my heart is the inducement of some Czechoslovak politicians and police to behave like cannibals toward the most humane and generous and gifted members of their society. […] These people are rooted like the saplings in a tiny nation whose people have created a major fraction of the Earth’s most important architecture, sculpture, painting, music, poetry, imaginative prose and most recently motion pictures. […] If a flying saucer person were to ask me what Earthlings considered to be their most habitable city, architecturally speaking, I would reply without hesitation: Come with me to Prague.”

Kurt Vonnegut- Taken from an archived article in the Czeský Rozhlas

Prague truly is a beautiful city. Architecturally speaking, I agree with Kurt Vonnegut (RIP). I will admit that I haven’t been to all of the cities of the world, and that there may be others more beautiful than Prague, but it would be hard to beat this city of spires. Even on a bad day it kept me going; I had a difficult time losing myself into the depressive depths of me because Prague’s buildings kept grasping my senses, and I couldn’t get away from how lovely it was to walk through its streets. I’ve been to Prague four times. Twice to visit and twice to live. The first time was in 1997 with two of my friends. It was a bad trip to tell the truth. It was filled with a lot of fighting. The kind of fighting with friends that I think you only experience in your early twenties. Your twenties are much more difficult then anyone ever lets on. We are supposed to be adults, but adult-ing can sometimes take a lifetime to figure out. You think you know it all, but you still have little control over your emotional reactive responses, and you haven’t picked up the many communication skills that can ease an argument. It’s just a lot of yelling, and the word bitch get’s thrown around a lot (or some other pejorative). Still, the arguments are filled with learning points. What kind of friends and people do you want to surround yourself with, and what kind of person do you want to be? Where do you focus your self-reflections? Do you reflect? It’s all learned as we grow (hopefully) or perhaps it’s learned in Prague. Even amongst the fighting, Prague still left a huge impression on me. How could it not? Its spiraling towers touch the clouds, and its angels reach for the soul. 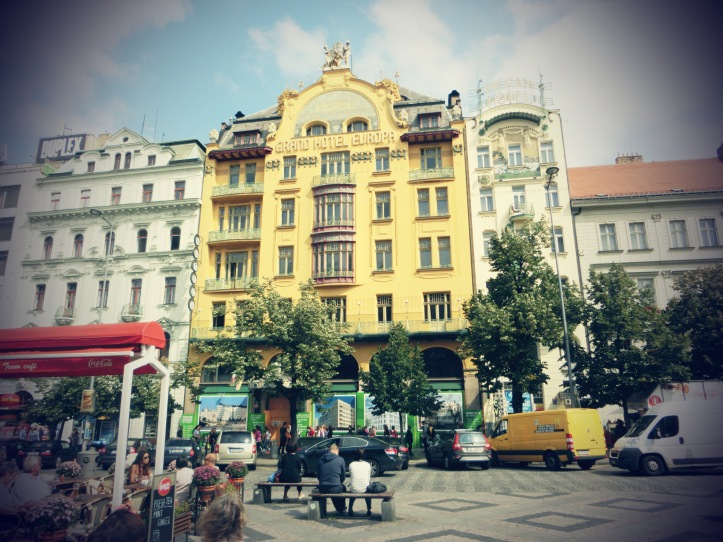 I went again in 1998. A much better trip, and no fighting with my travel companion. It was a very short trip that also included a visit to Budapest. In 2000, I moved to Prague. It was while I was there that I was inspired to write about this city in a book. Again, I returned to Prague in 2015. This time may have been even more powerful than the last because I felt I had built a family in Prague. A family who is still there. It was the only time I cried when I left a place. In my heart Prague is another home.

What is it that is so spectacular about Prague? So resplendent? Much of it has to do with the architecture. Prague was fortunate to not be bombed and destroyed during WWII (except for the snafu bombing by the U.S. military in 1945- way to go U.S.A) and because of this it has been able to retain the history that has been embedded in its streets, buildings and houses. You can find gothic, romanesque, renaissance, baroque, rococo, and if you visit the Spanish Synagogue in the Jewish quarter you can also see Moorish revival which was influenced by the Alhambra in Spain (another must see). 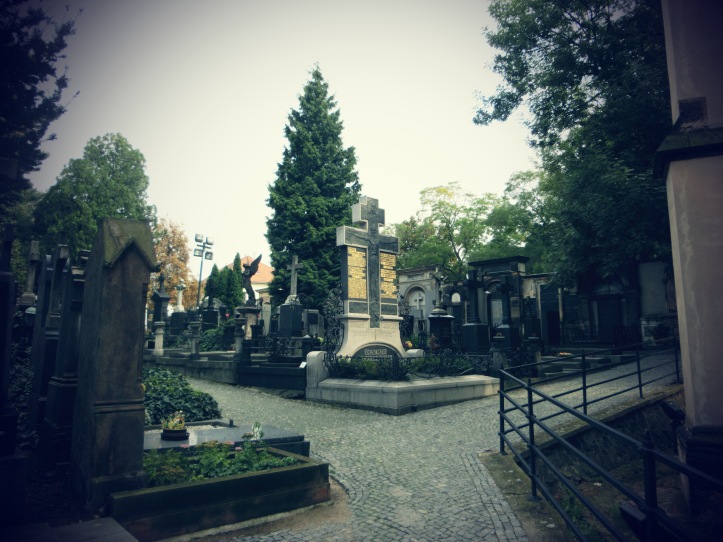 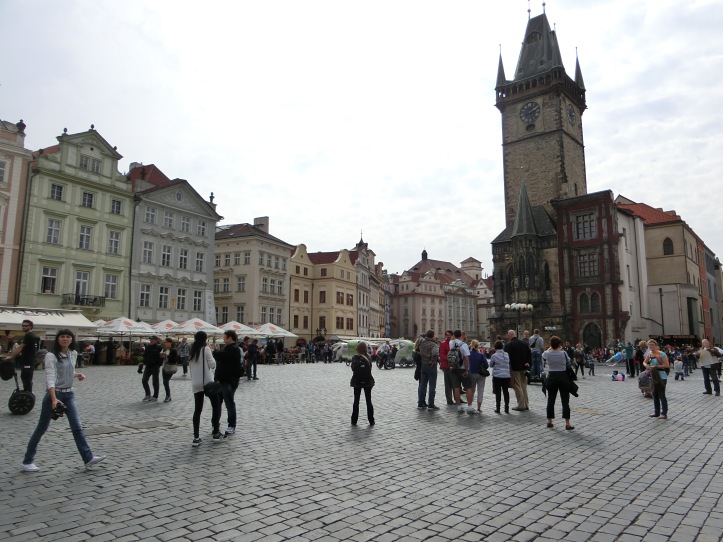 Nearly every part of Prague has some incredible sight to see, but it isn’t only a walk through the histories of the far past, if you visit the Dancing House or any of David Černý’s strange and fascinating pieces hanging throughout the streets, you will be awarded with architectural modernism, post-modernism and contemporary designs. This building, The Dancing House, which is a hotel and hosts art exhibits, is an amazement of deconstructivist architecture. It was built in 1996 and is the site of the accidental allied bombing of 1945. It is also call Fred and Ginger as it sways like the two famous dancers. It’s crown is a metal birds nest.

Most people when they visit will stick to old town, and head up to the castle district, but in every neighborhood from Vinorady, to Mala Strana, and from Vyšehrad to my favorite neighborhood Žižkov (my heart belongs in Žižkov) there is beauty to behold. So please, take my hand, and come with me to Prague, because I plan to return. 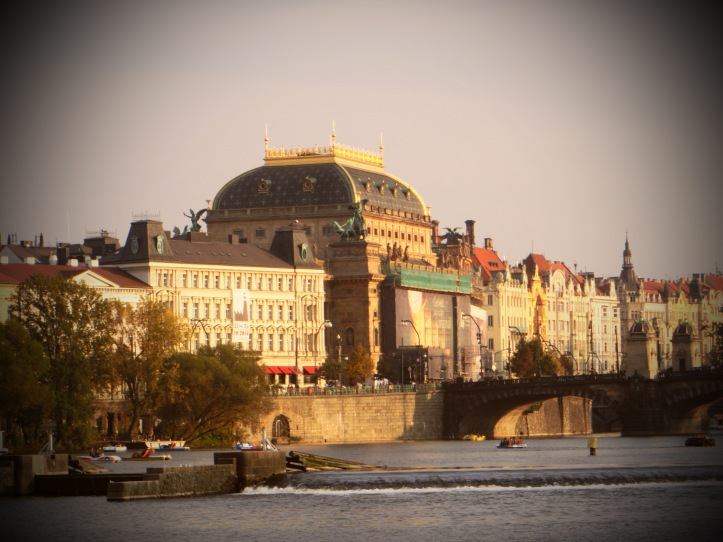 Hlavní Nádraží’s station was stunning. The prodigious dome, with its illuminated stained-glass windows, and the colorful matted walls with winding plants that undulated in whips of movement had caused me to pause for a moment. There were statues leaning from the corners of the walls. Their faces with carved blank eyes, all more than a century old, stared down at me. I was crossing platforms that had been crossed by hundreds of thousands of strangers. People just like me, and people nothing like me, but we were all traveling. The colossal doors with sweeping archways were framed by statues of supine women draped in stone fabric that looked to flow and breath. The marble women, with their down-turned mouths and closed eyes, curved like open yawns over the arched windows of the doors. The station was a reminder of a time when travel was ostentatious and reserved for the wealthy.  And here I was. I had decided to move to Prague because someone had told me that the Prague of the nineties was like the Paris of the thirties, and I was a romantic.